Blog - Latest News
You are here: Home1 / Blog2 / The Necessity of Improving The US’ Energy Infrastructure 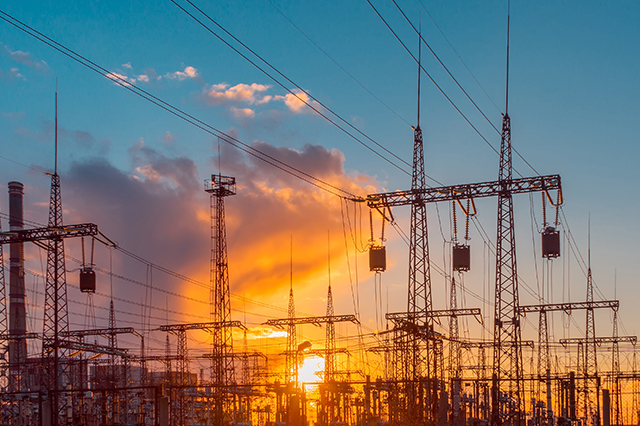 In the modern world, we are accustomed to the abundant availability of electricity. We flick a switch or press a button, and we expect electricity as a result.

However, the underlying infrastructure that provides the electricity we all rely on is in poor condition. Below, we will look at the reality of the current US electrical infrastructure, and explore ideas for the changes that are required in future…

The existing grid is mainly considered to involve the following physical elements:

It has been estimated that the current grid infrastructure is worth between $1 trillion and $2.5 trillion. A complete replacement of these systems would likely cost over $5 trillion.

How does the grid work?

The grid does not store electricity. Electricity is requested, and the various generation methods – coal, natural gas, renewables – then respond in real time.

What is wrong with the existing infrastructure?

In 2017, the ASCE graded the US energy infrastructure as a D+. In doing so, a number of concerns were raised regarding the challenges the infrastructure faces. These included:

US energy infrastructure ranks 12th in global terms, with a 5.9 grade on a scale of 1-7. While this may not sound particularly concerning, it does mean that US’ infrastructure falls well behind Switzerland (6.6), Hong Kong (6.4) and Singapore (6.4).

Due to the issues identified above, it is widely agreed that significant investment in the US’ energy infrastructure is required. Encouragingly, this is an area that the Trump administration has signaled an interest in pursuing.

How can energy infrastructure be improved?

Worryingly, the current projections for spending on US infrastructure fall short of demand. It is projected that the US needs to spend $736 billion on its energy infrastructure between 2010 and 2020, yet it is believed only $629 billion will actually be spent. This shortfall makes it all the more important that investment is made in the right place.

Many ideas have been suggested, with the following potentially worth further consideration.

Nearly 80% of the US energy infrastructure is privately owned. It is thought that many of the issues facing the industry are not a lack of funds, but regulatory issues that make change difficult. It has been suggested that investment incentives, streamlining permitting processes, and regulatory amendments could allow power companies to perform the changes they need.

Capitalize on what works

In some areas of the US, power is produced cheaply, more efficiently, and with fewer environmental consequences. If more transmission lines were expanded into these regions, this could allow more widespread access to low-cost power.

There have also been positive signs from grid expansions; these could be expanded on a national scale. For example, Texas expanded their grid, which allowed for more wind-generated power to be used. This, in turn, saw a drop in natural gas prices. Repeating this concept on a wider scale could be beneficial.

Upgrades to the bulk power transmission network could allow power to flow more freely across the US. Congestion is seen on transmission lines that are operating at maximum capacity; when this happens, the operator has to direct electricity to a different location. This second location is often more expensive than the original destination; a cost that is passed onto consumers.

However, by utilizing proven technologies that allow for “hidden transmission capacity”, congestion could be prevented. These technologies have already borne fruit, as congestion decreased between 2009 and 2015 thanks to these capacity extensions. Repeating this pattern across the grid could be beneficial.

It has been suggested that improvements to digital monitoring and control systems could also be beneficial to the grid. Focusing on areas such as data communication and analysis would, it has been estimated, save customers $2 billion per year. This suggests that the future of the US infrastructure is not necessarily just in the upgrade of the actual physical lines, poles, and plants, but should also involve software-related advancements to allow for the proper utilization of the existing system.

Everyone can agree that the US energy infrastructure can be improved. Unfortunately, consensus has yet to develop on where this money needs to be spent, though the ideas are the most commonly discussed when seeking solutions to this issue.

When it comes to improving energy infrastructure, we can assess you professionally. Contact us for more details. You can also visit our site to get more information about infrastructure, our services and products.

Powering The Future: A Look At The Trends In US Energy Sources
Scroll to top